This Packet Builder enables the user to specify the entire contents of the packet from the GUI. In addition to building packets. Packet Builder also supports saving packets to packet files and sending packets to network. It can be used at all kinds of network areas like traffic generator, packet generator or protocol simulator.

This project also provides a packet capture tool. It is designed for use by anyone who wants to inject packets into a network and/or observe packets exiting a network.Usually packet operation by following protocol stack is limited to command line interface. With this tool, all user have to do is clicing the screen, which almost everybody can do. 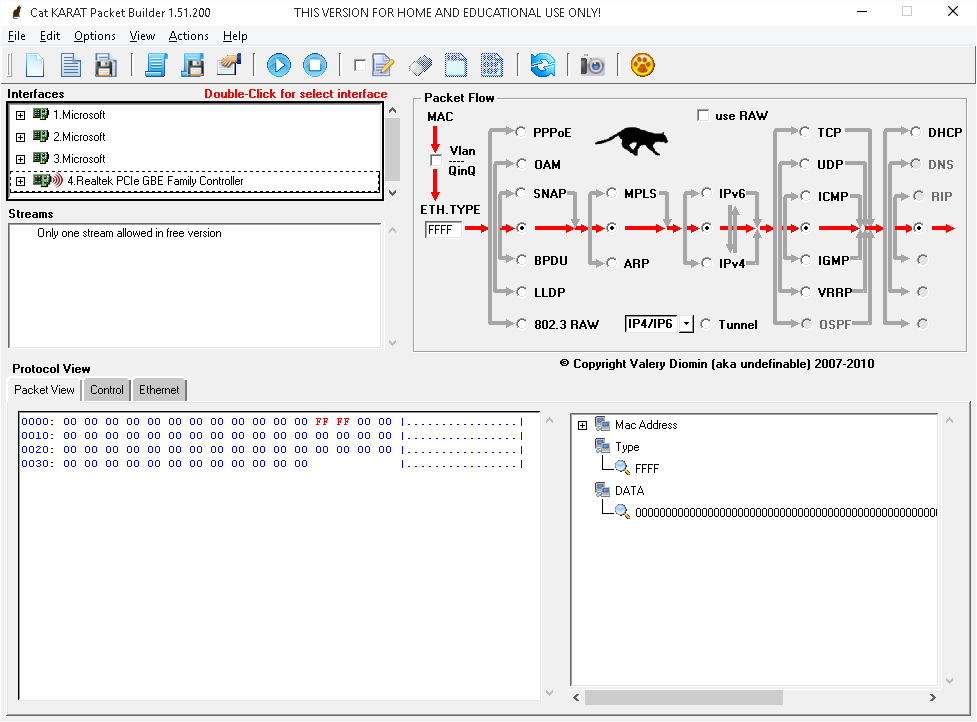 Red
We use cookies on our website to give you the most relevant experience by remembering your preferences and repeat visits. By clicking “Accept”, you consent to the use of ALL the cookies.
Do not sell my personal information.
Cookie SettingsAccept
Manage consent