Audio fingerprinting and recognition algorithm implemented in Python, see the explanation here:
How it works

Dejavu can memorize audio by listening to it once and fingerprinting it. Then by playing a song and recording microphone input, Dejavu attempts to match the audio against the fingerprints held in the database, returning the song being played.

Note that for voice recognition, Dejavu is not the right tool! Dejavu excels at recognition of exact signals with reasonable amounts of noise.

First, install the above dependencies.

Second, you’ll need to create a MySQL database where Dejavu can store fingerprints. For example, on your local setup:

Start by creating a Dejavu object with your configurations settings (Dejavu takes an ordinary Python dictionary for the settings).

Next, give the fingerprint_directory method three arguments:

For a large amount of files, this will take a while. However, Dejavu is robust enough you can kill and restart without affecting progress: Dejavu remembers which songs it fingerprinted and converted and which it didn’t, and so won’t repeat itself.

You’ll have a lot of fingerprints once it completes a large folder of mp3s:

Fingerprint files of extension mp3 in the ./mp3 folder 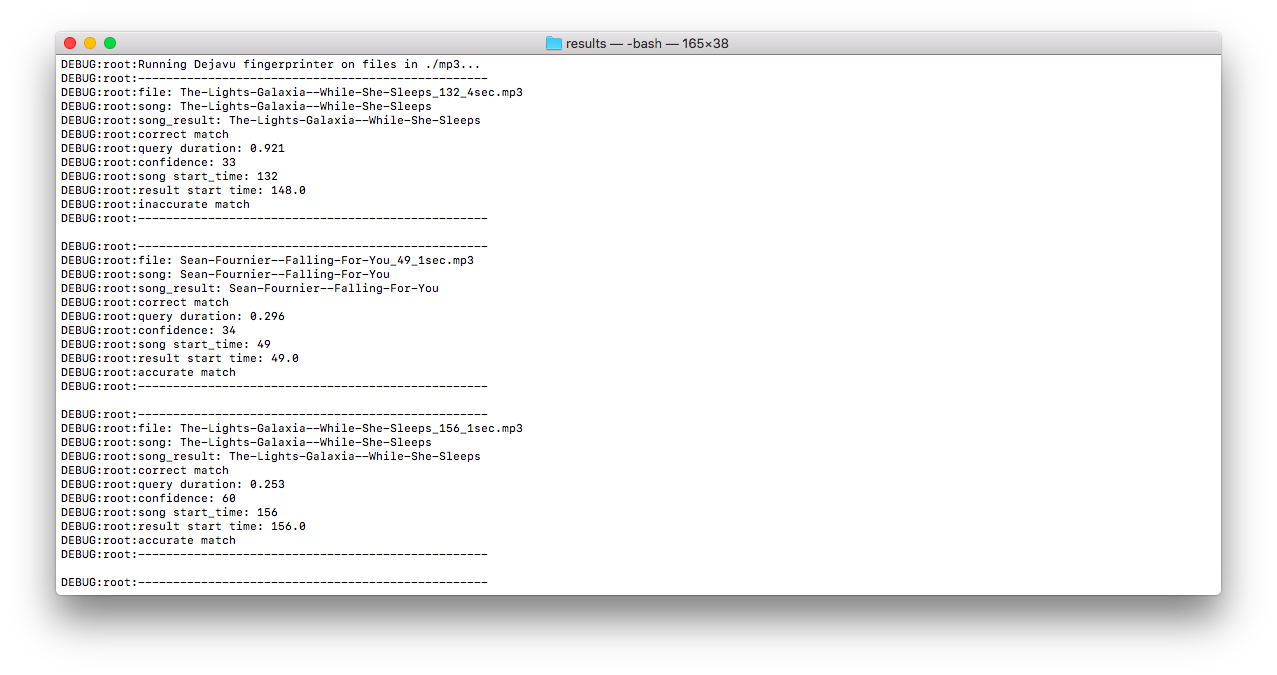 Multimedia, Python, Reconocimiento
We use cookies on our website to give you the most relevant experience by remembering your preferences and repeat visits. By clicking “Accept”, you consent to the use of ALL the cookies.
Do not sell my personal information.
Cookie SettingsAccept
Manage consent