A PowerShell front-end for the Windows debugger engine. 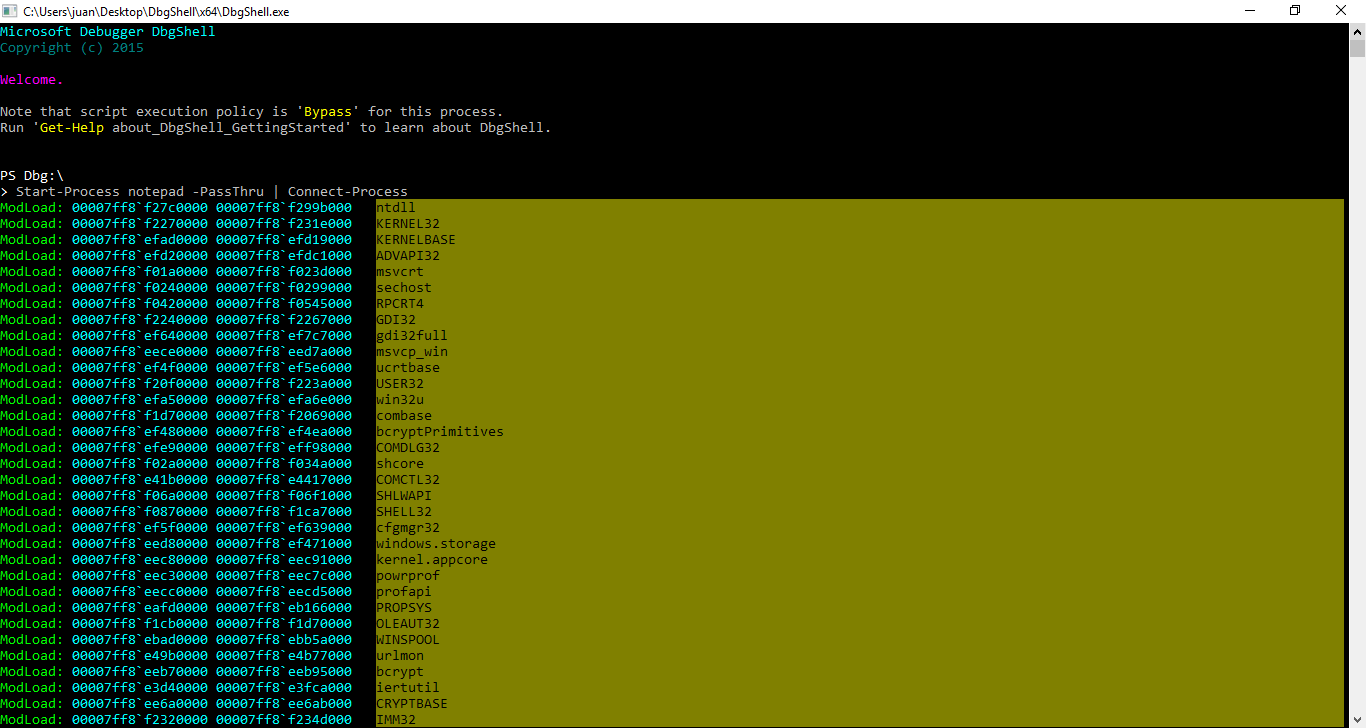 Ready to tab your way to glory? For a quicker intro, take a look at Getting Started.

Have you ever tried automating anything in the debugger? (cdb/ntsd/kd/windbg) How did that go for you?

The main impetus for DbgShell is that it’s just waaaay too hard to automate anything in the debugger. There are facilities today to assist in automating the debugger, of course. But in my opinion they are not meeting people’s needs.

The goal of the DbgShell project is to bring the goodness of the object-based PowerShell world to the debugging world.When you do ‘dt’ to dump an ‘object’, you should get an actual object. Scripting should be as easy as writing a PowerShell script.

The DbgShell project provides a PowerShell front-end for dbgeng.dll, including:

The custom host is still a command-line (conhost.exe-based) program (analogous to ntsd/cdb/kd), but it can be invoked from windbg (!DbgShell).

In addition to making automation much easier and more powerful, it will address other concerns as well, such as ease of use for people who don’t have to use the debuggers so often. (one complaint I’ve heard is that «when I end up needing to use windbg, I spend all my time in the .CHM»)

For seasoned windbg users, on the other hand, another goal is to make the transition as seamless as possible. So, for instance, the namespace provider is not the only way to access data; you can still use traditional commands like «~3 s«, «k«, etc.

C, PowerShell, Seguridad
We use cookies on our website to give you the most relevant experience by remembering your preferences and repeat visits. By clicking “Accept”, you consent to the use of ALL the cookies.
Do not sell my personal information.
Cookie SettingsAccept
Manage consent